The planned £15 billion merger between Asda and Sainsbury’s will produce the UK’s largest supermarket chain if it goes through, taking an estimated 31.4% of the market share according to market research company, Kantar Worldpanel.

The deal is unlikely to be completed until the second half of 2019, but it’s been claimed that there’ll be no job losses on the shop floor, and that no stores will close. So what’s the reasoning behind this merger, and how is it likely to affect those involved?

Why is the merger taking place?

Both Asda and Sainsbury’s have struggled to compete against discount supermarkets, Aldi and Lidl. Furthermore, their other principle rivals, Tesco and Morrisons, have both been experiencing growth in recent times.

Cost-savings of at least £500 million are estimated as a result of the merger, and these are expected to be achievable via improvements in operational efficiency, and ominously for suppliers, lower prices.

With predicted price cuts of around 10% on everyday products following from the merger, supplier profit margins are likely to bear the brunt if these savings are to be made.

The chief executive of Sainsbury’s, Mike Coupe, has already stated there’ll be no shop floor job losses, but ‘back office’ jobs haven’t yet been mentioned. Because some of these administrative jobs are likely to be duplicated, this will be an area of concern for staff members and unions.

Concerns about staff pensions have also been raised, and the Pensions Regulator (TPR) has begun talks with the relevant parties. It’s currently proposed that Asda’s parent company, Walmart, will be responsible for both defined benefit schemes.

But a deficit of £408 million in Asda’s pension scheme, and a £974 million shortfall in Sainsbury’s schemes, were reported in March 2016 and March 2017 respectively, so their ability to meet their staff pension obligations is likely to come under discussion.

What will it mean for suppliers?

Asda and Sainsbury’s executives have suggested that price cuts in the region of 10% may be attainable following the merger, given the significant boost in their bargaining power with suppliers.

A reduction in the prices paid to suppliers would allow the supermarkets to reduce their overheads, and attract more custom by lowering prices on the shelves, at the same time competing with the likes of Aldi and Lidl.

Calls for the merger to be blocked by the Competition and Mergers Authority have been heard from some quarters, and the CMA must decide whether it could reduce choice for shoppers. The merger may in fact limit choice in some areas of the UK, and if so, could result in the regulator enforcing the sale of some stores. This brings into further question the potential loss of jobs if these stores are taken under new ownership.

If you would like more information on the Asda-Sainsbury’s merger, or advice on selling your own business, our experts at Selling My Business can help. We have extensive experience of corporate transactions in all industries, and will offer the reliable professional guidance you need. Please call one of the team to arrange a free consultation to discuss your situation.

Next Article: How to conduct a discreet and confidential business sale
Previous Article: What are investors looking for in a start-up business? 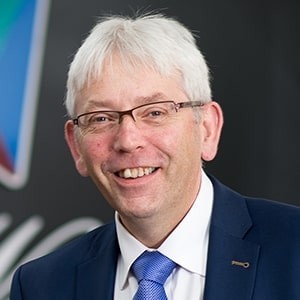