British supermarket chains reported their highest ever sales for a comparable period during December 2020 and in the weeks before and during Christmas.

The coronavirus pandemic contributed to unusually high sales activity at supermarkets in the final month of last year with non-essential shops having been forced to close to help stop the spread of the virus.

Around £11.7 billion was spent on food and drink alone over the course of December, according to the market research firm Kantar.

Those figures are understood to represent the most money ever spent on groceries in a single month in the UK.

In addition to non-essential shops being closed for most of the month, restaurants and pubs were also obliged not to open over Christmas, which was bad news for them but apparently boosted sales performances at supermarkets across the country.

Take home grocery sales rose by as much as 11.4 per cent during the 12 weeks to December 27 2020, as compared to the same period of the year before.

“December is always an incredibly busy time for supermarkets, but take-home grocery shopping is usually supplemented by celebrations in restaurants, pubs and bars,” explained Kantar’s head of retail and consumer insight Fraser McKevitt.

“This year, almost all those meals were eaten at home and retailers stepped up monumentally to meet the surge in demand,” he added.

Of the many billions of pounds spent on groceries via supermarkets over the festive period, around 12.6 per cent are believed to have involved digital purchases, which is up notably on a figure of 7.4 per cent recorded in December 2019.

According to Kantar, Tesco increased the scale of its grocery sales during December by 11.1 per cent, while Sainsbury’s saw its sales up 10.7 per cent in the month compared to the year before.

Retailers of frozen foods are understood to have done particularly well during the coronavirus lockdown, with Iceland having been able to cash in and increase its sales by 20.8 per cent in December.

The lack of opportunities to visit pubs and restaurants clearly contributed to seeing UK consumers increase their collective spending on alcoholic drinks last December by an estimated £310 million.

Other trends observed by Kantar in assessing the UK’s spending habits over Christmas suggest that many families decided to “pare things back” regarding their celebrations during lockdown.

“Fewer people around the table meant that overall spending on Christmas dinner staples was muted,” noted Mr McKevitt from Kantar.

Nonetheless, there were clearly a huge number of transactions happening online and in-person across the country’s various supermarket businesses.

“We had to find different and smaller ways to mark the festive period this year,” observed Mr McKevitt, “and we once again relied on supermarket staff up and down the country to feed our families and support our communities”.

Next Article: How Has Covid-19 Affected the Retail Landscape of 2021?
Previous Article: Summer Budget 2020 – Covid-19 Support for Business Buyers and Sellers 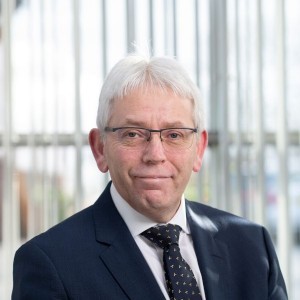